Tiger Mimic - It Was Still Dark

Being up North, we tend to cover the Manchester and Yorkshire scene more than any, with Michael's radar firmly set on Scotland, we often overlook what's going down south.


Watching False Heads tear apart Manchester's Soup Kitchen last year, Michael pointed out Alan Wells to me, a photographer with his finger firmly on the pulse of everything modern, everything loud and everything London.


Every now and again, I'll flick through his Instagram, check out his photos and listen to the bands on Spotify, I'll always find a few gems. One gem I found sparkled a little more than the others. That gem? Tiger Mimic. 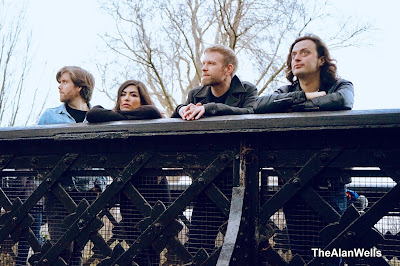 50% American, 50% English, 100% cool, Tiger Mimic stick out because they are doing something a bit different. A trait which shines through on their new single 'It Was Still Dark'.


The silky soft vocals tell a story of two people who find themselves in a strange place. Singers Jess and Bram often give you a nostalgic Rhythm and Blues buzz, while the most catchy guitar hook you will hear all year, funky skate-punk bassline, quick-fire drum fills and "Hey's" keep the adrenaline pumping. You won't know whether to mosh or to slow-dance.


For fans of Metric or The Strokes, Janis Joplin or The Dead Kennedys (I know, right?), Tiger Mimic are a band worthy of your attention. Formed in 2018, when Jess R (vocals and keys) and Bram Johnson (vocals and guitar) moved to the UK and joined with Ben Willis (Bass) and George Latham (drums), they have a groovy EP, Elephant Skeleton, and will be dropping new music over the coming months. 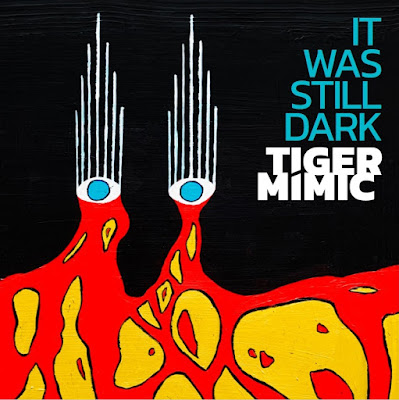 'It Was Still Dark', produced by Kevin Vanbergen, who has worked with the fabulous Nova Twins, is Tiger Mimic's most polished and catchy work to date, and I'm sure you'll find it on many an ALOMR playlist in the near future. That damn riff will be stuck in my head for weeks!!


We will keep you up to date with all things Tiger Mimic, and hopefully get to see them live once we are allowed to play out again. I totally recommend following them on Instagram too, Jess and Bram have really embraced the lockdown with some brilliant acoustic "at home" sessions and plenty of silliness. Having had a brief chat with them, I can confirm their personalities match the quirky music and psychedelic lyrics.


Go check out 'It Was Still Dark' on Spotify and Bandcamp. While you're at it, check out last year's EP, and show them some support on Instagram and their Official Website.