OK be prepared for full on fanboy mode...

Fanboy Background
MxPx, a huge influence on my punk fandom, so much so it obviously created my username and blog sign off name. I was originally introduced to MxPx Doin' Time in the late 90's by my best friend (and fellow sometimes blogger) Richard.

We started our early teens heavily into music 80% of the time was Green Day, Blink-182, Mest, MxPx, Millencolin, Goldfinger, New Found Glory, Anti-Flag, Offspring, Stiff Little Fingers...heck the list goes on! But there are a few bands that top the list, forever in our playlists and often start most our nights out or long car rides to gigs, especially... MxPx - Punk Rawk Show and Doin' Time, was perfect for our early teen rebellions.

We've seen so many of those bands countless times at festivals and gigs but over the years I've continued to support Mest and MxPx via cd, mp3, sharing and recently crowdfunding, fully expecting them to just be bands of Nostalgia and bands i only ever get to listen via some form of media.
Last year we met Tony Lovato and saw Mest in the UK, ticking off all but 1 of those original teen influence bands. It was amazing to stand a talk with Tony, humbling and awesome... leaving 1 more person/band.

MxPx have always been there, never been able to get to see them live. During the crowdfunding of the self title MxPx last year I so wished to be able to pay for the personal appearance reward... if i didn't have a house and commitments I truly would have, but this is real life, I messaged MxPx, PxPx and Mike directly to get the band to tour the UK! Heck I scowered US and Canada gigs to see if I could get to them to coincide with some of the trips I already had out there.

I had given the hope of seeing, let alone, meeting MxPx/Mike.

Fast forward, Fireball 2019
Less Than Jake and Goldfinger billed at the Ritz Manchester, I want to go, but realistically I saw LTJ in august and Goldfinger a few years back. Money was low, my best mate was days away from his 2nd child and I was reside to not going alone..... until I saw that Mike was actually bassist for Goldfinger now!! Not only that, he was bringing is Songs and Stories gig to the UK 1x ticket, Booked to fireball.

I also got ready at 9am for the Songs and Stories sales release... boom, tickets 1 and 2 we're mine :D (just needed a buddy, to go with or id go alone to be honest)
Fireball... going alone, awesome bands and if i get to at least see Mike that's going to be cool enough.I go alone, enjoy the fucking awesomeness of GF and  LTJ. 2 songs from the end of Goldfingers set Mike says we'll be at the Merch stand after this... I've already bought a GF shirt 30mins ago but fuck I head over to that stand immediately... Ha, sweaty and happy I met Mike!  (See last week's blog)

It was a very intimate acoustic gig, maybe 150 people, we're sat front row (at this point it took my Mother with me - long story which will become clear soon - shes a music lover but new to Mike Herrera, although had listened to my punk collections for 20+ years).

Listening to just Mike, his guitar and some amazing stories - from the influences of old songs to new songs, from drinking tequila and eating Taco Bell, to being told his daughter loves him 'All of it'.

I was not sure if this was going to be twee or awkward, I just didn't know what to expect. It was neither of that, Mike was a true performer, either on stage with 10 other people with a crowd full of rowdy punk rockers or alone onstage with a handful of fans - He knows how to create a great time. Major Respect. 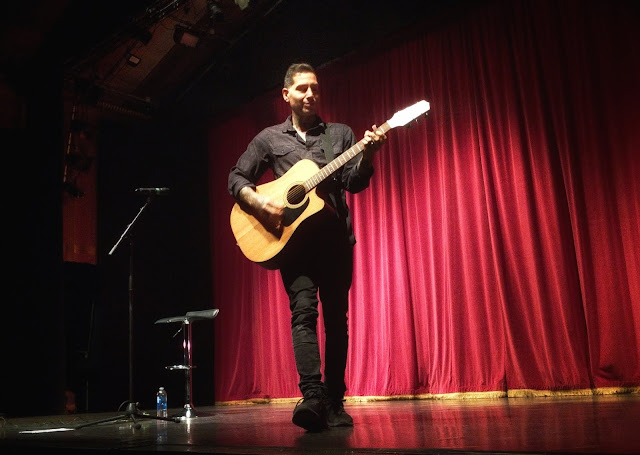 The Stories were Topical, Relevant, Recent (eg saving 2 people from drowning in the canal in Manchester) and what really got me was the Mental Health, the struggles we all go through - and Mikes recognition of this... more over by doing a beautiful rendition of Millencolin's No Cigar (I think I fell in love with this)
A

[I didnt record much, but this as so worth it - Apologies I did this in vertical for Instagram story- though the horizontal ones will remain private anyway] 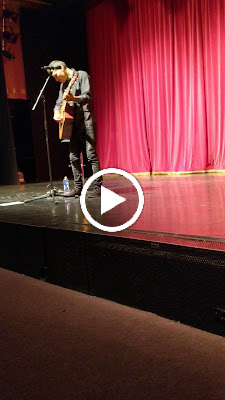 Also got a cool snippet of Doin' Time and Lets Ride, but those are both for my Buddies would couldn't be here due to New Family arrivals!!

I don't want to go too much into the show because I think you should experience this yourself, either as MxPx fans, Mike Herrera Fans, or just genuine Music Lovers. There is still time to catch the London Gig or I'm sure this will be available in some other form of media in the future.

The best part is Mike's love of the fans, to get out there and publised his meeting spots/time - without charging 'meet and greets' bullshit. 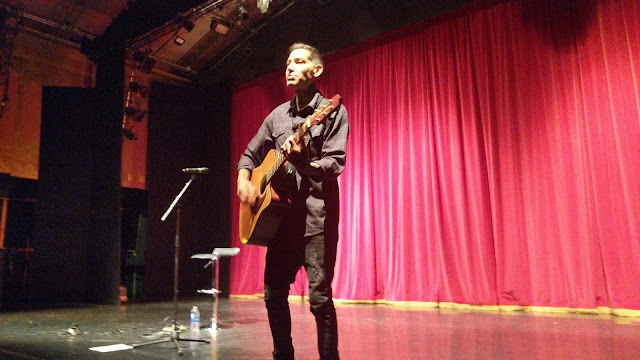 
Favourites (if I had to)

Lets Ride - Reminds me of my time in the Rockies earlier this year
Doin Time - All Time Favourite of mine
No Cigar - Just wow, the story and influence on Mike, it really hit home.

[My Mum's] Late Again, she relates to never being on time (In fairness she was ready at 6pm exactly so shes got better now x) 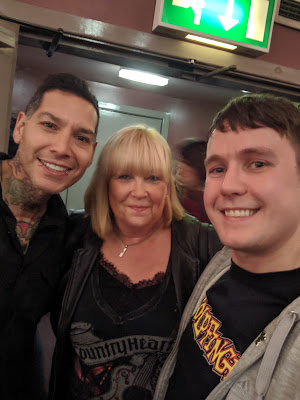 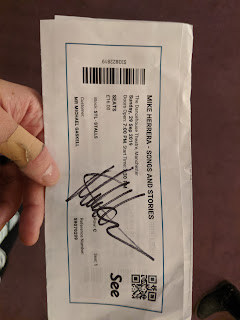 Cheers Mike, hope to see you and the rest of MxPx real soon.