Andrew W.K. - You're Not Alone 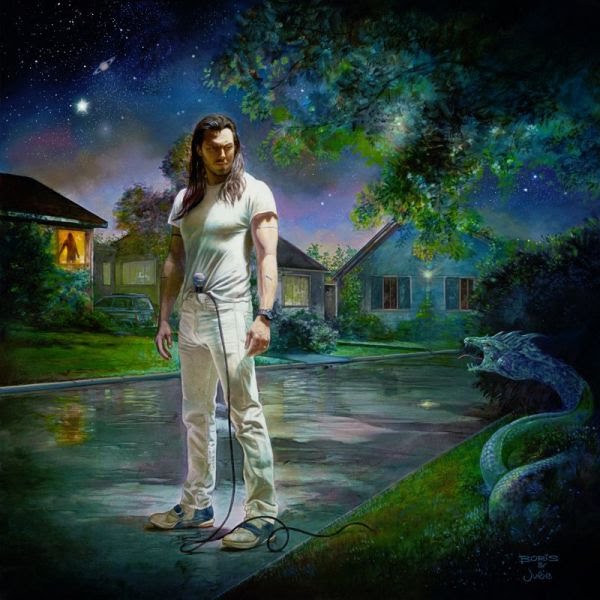 I fucking love Andrew W.K!! I love everything about him. I love his political ideas, his look, his strange piano album, his voice, his whole attitude to life, and I especially love the fact that he followed me on Twitter last week. Everyone has that somebody that they just enjoy: A comedian that makes you laugh just by walking on stage, and actor that has you interested before they speak a single word, that person, for me, is Andrew WK. So, this review may be a bit biased.


I fucking love this record!! You probably saw that coming.
It's an entire album of uplifting anthems that will make you feel on top of the world. The catchy-ass anthems are broken up nicely with a trio of spoken word sections. I don't want to go into too much detail, because I want you to go and listen to this record. You won't regret it.


I'd been listening to ‘Music Is Worth Living For’ for a week or 2, and it's a perfect opener to the album (after the atmospheric intro) and really sets the tone for what we are about to experience. Yeah, it's a bit cheesy, but it's so much fun. Isn't that the point? We're in for a ride!


The album flips between genres, there is classic rock with ‘Give Up On You’. There's a bit of Rock Opera, ‘The Devil's On Your Side’ wouldn't sound out of place on a Broadway Musical. There is punk rock, ‘I Don't Know Anything’ has the potential to be a dancefloor anthem for years to come. My personal favourite is ‘Ever Again’ with it’s motivational lyrics, pounding percussion and strange little guitar effects. Whatever musical genre this is, it sounds exactly as it should. It sounds like Andrew W.K.


I'm trying to a be a bit subjective, I'm trying to think of negative things to say about it, just so this review is balanced. I've seen other critics saying the album is too long. To that, I say: this the first time in 8 years we have new music from Andrew W.K. and I believe this is his best work since his PHENOMENAL debut album ‘I Get Wet’! So shut up, it's not too long!
The only negative I can think of, is that the vinyl isn't available in the UK just yet. Does that count?
Anyway. We're not music critics here at ALOMR, we're not journalists, we're music fans, and I am fanboying like crazy with this record.


As a race, we are finally starting to accept and deal with Anxiety and Depression. Life is hard, there are many struggles and many obstacles. But there are just as many people willing to help. We are attacking this head on. We have doctors and medicine, we have outlets, therapy. We are all in this together, and we have brilliant minds working hard to beat this. You're Not Alone!
The title of this blog, A Life Of Music Rocks, signifies how we feel. Music helps us through the dark times, music alters our mood instantly, music keeps us moving forward, music cures. Andrew WK is a poster boy for these feelings. That's why I fucking love him, and I fucking love this record!


(Did anyone notice how I wrote that entire blog without using the word ‘Party’? Mission Accomplished, that was difficult)
By Mr Foxon - March 06, 2018